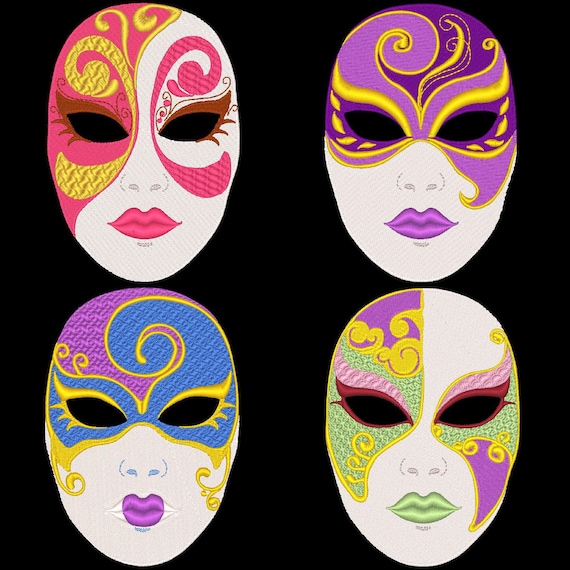 I felt the urge to write a blog post today after coming through a very strange few weeks. I also noticed that my last post was May 5th. Something about vision. Honestly I didn’t bother to read it. I am so in a different place right now.

All things are new for me. Whatever God has, I pray it will come to pass and whoever that includes (I no longer know) it will be fine because I know God knows who or what is best for me. I know that if I marry it will be to someone who has answered the ministerial call on his life. I wouldn’t have anything in common with anyone else. More than likely He will be gifted in the prophetic because that would be the kind of man who would understand me. Meanwhile, I am footloose and fancy free! But enough about that.

I had a very odd experience recently. A “woman” befriended me on Twitter and she seemed quite insistent that we chat on a regular basis. I was not so much for it, because a lot of the people I have interacted with online, have not been who they said they were. So anyway this “women” would private message me regularly. At a certain point, I felt I did not want the “relationship” to go on any further because I felt she was a man masquerading as a woman, and I felt I knew who that person was.

But again, here “she” comes insisting that we stay in touch. Well I was drawn in, but all along with these nagging doubts as to who this “woman” really was. Then, a few weeks ago, I went to a church with a friend and her Pastor called me out and gave me a prophetic word which makes even more sense now, then it did when I received it. But he was specific about a “lying relationship” in my life. Since this was the only new relationship and there were other things said that fit, I pretty much knew this person was not who they were saying they were.

Yes, “she” showed me pictures of her daughter and I saw the Facebook page, but anyone who has seen the television show Catfish on MTV knows that means absolutely nothing. People create fake lives online all the time.

So what happened? Well it started when my phone was cut off for a few days. This was God’s way in breaking the “connection” I believe. I was unable to chat with this person daily. I never really felt a genuine connection with the person, but how could I, when they were fake? I was just constantly plagued with doubts about them. Well yesterday, this “relationship” ended. It happened because for a minute, I forgot who I thought I was talking to and apparently what I said ticked him off. He hurled some insults and I decided, I will not subject myself to the masquerade/facade anymore.

Thank God for my prophetic walk and His true Prophets. I chuckle when I see people who think they can fool prophetic people. I see liars all around me and they don’t even know they have already been exposed by the prophetic. I for one, thank God I answered this call. Yes, it’s a crazy, peculiar walk, but I wouldn’t have it any other way!

7 Surely the Sovereign Lord does nothing
without revealing his plan
to his servants the prophets.

If God tells you not to worry and that things are not what they seem, BELIEVE IT!.

I’ve been so concerned about something here lately and God was telling me not to worry because it wasn’t as “intimidating” as I thought it was and of course, God is always right! Some times the situation is just a mere fantasy, just as He showed you. Not as real as it is being presented, no matter what the person is saying.

I was looking at something that seemed to be such a threat, but the truth is it’s not that stable at all, even if it appears that it is. The truth is there are many distractions, not just one.

God sees what is going on behind the scenes. People can be in denial if they want. Things are REALLY not what they seem.

SMALL STRAWS IN A SOFT WIND by MARSHA BURNS:

Look how far you have come!  The difficulties that you have endured and overcome have instructed you and driven you to find Me in a more meaningful and concrete way.  Your days of trouble are not to be disdained; they are to be recognized as a necessary part of your growth process.  Don’t lament, says the Lord.  Rejoice for where you are now and where I will take you from here.
Psalms 32:8 I will instruct you and teach you in the way you should go; I will guide you with My eye.

I just got finished BEGGING God to take something away from me. I mean I was pleading with God to release me from something…and all I heard was ONE WORD…

Have you ever had God give you one word that stopped you in your tracks.

: to act as if something is true when it is not true

: to imagine and act out (a particular role, situation, etc.)

transitive verb
1
:  to give a false appearance of being, possessing, or performing <does not pretend to be a psychiatrist>
2
a :  to make believe :  feign <he pretended deafness>

b :  to claim, represent, or assert falsely <pretending an emotion he could not really feel>

Some folks are as fake as Sana Claus!

Hi, everybody. My name is Sheila. There are a few of you who frequent my blog who know my real name and I’m okay with that. Of course you have to be careful using your real information in cyberspace, but for the most part, I try not to pretend to be someone else. I’m not saying I have never used an alias, but I am who I am.

I NEVER pretend to be a male online. I am FEMALE. Although, I have not disclosed my age, I don’t pretend I am 20 or 30. I am not. I am middle-aged. I don’t pretend that I am married.  I am single, never been married, no children. This is who I am and I have never pretended to be anything but me.

I  have encountered some people in cyberspace and even this blog who were pretenders. That is a nice word. The truth is they are PHONY. I love looking up words in the dictionary, even familiar ones. I find you get great insight from that. Here is what Websters dictionary says:

: not true, real, or genuine : intended to make someone think something that is not true

of a person : not honest or sincere : saying things that are meant to deceive people

Here is what dictionary.com says:

1. not real or genuine; fake; counterfeit: a phony diamond.

2. false or deceiving; not truthful; concocted: a phony explanation.

3. insincere or deceitful; affected or pretentious: a phony sales representative.

I know you get my point.

So yesterday, I was attacked by someone who attacked me in “character”.  This has been the problem through the entire fake relationship. I call it fake, because the person never showed up as themselves. They came  to me in many different forms and yes, I am going to tell the truth. The person is a PHONY. There is nothing real about them.

As I reread the blog, their attack was shrouded in a FAKE scenario. I was the ex, even though I never was. And I did them wrong, but they took no responsibility in the matter. And when I read the comments, I thought, these poor people don’t even know they are being deceived. They are weighing in on scenario that is not even real. That is if the comments are even real. I wouldn’t put it past that person to have made up the comments. It’s really quite sad.

At the foundation of true relationship is showing up as yourself, in all your glory. The good the bad and the ugly.  At the end of the day, this person did me a great favor cutting me out of their life. Now they should do the same favor for me and not show up at my blog in any form (male or female) and not IM me on yahoo and not show up on my Facebook page as a fake character. They need to just leave me alone. If they will leave me alone, I can continue to write on my blog in peace. The reason I wanted to close the blog is because this is an access point. Believe it or not for years I was harassed daily through spam. Happy to say I have no spam messages since they stopped. Yay!! Who does that???

Again, my name is Sheila and I’m the real deal and I don’t hang with PHONY PEOPLE! I’m telling you that fake stuff will kill you!

I grateful that God spared me from getting more deeply involved in foolishness. I’m a mature healthy woman and God will send a MATURE healthy man.

I was about to compromise my core values, when I heard God say “stand your ground”. So how was I going to compromise? I was thinking about relationship and getting to know someone and I was thinking that the only way that can happen is if the two people really show up. In other words, they need to share themselves and not send their representative. lol

I for one, do not want to fall in love with a character. Do you know that can happen? If the real person does not show up, or if one or both of the people are being phony, then what you have is two people who have fallen for the facade of who they think that other person is. Then they wake up together in a nightmare.

Real communication is about using your own voice and your own words. Tell me what you really feel because “ain’t NOTHING, LIKE THE REAL THING.

I was watching 20/20 on Friday night (blogging on Sat for Fri) and they had an very sad story that is a good reminder of the danger of the internet. The internet is great if used with honesty and intergrity. I’ve been thinking about it a lot lately. I’m not saying you should put all you business out there, but even online we should have integrity. I must admit I have posted on blogs and used a “pen name”. However making up characters and identities is well how should I say this, dishonest.

The police got involved, concerned for the 18 year old girls safety and here is the clincher! They found out it was not an 18 year old girl online with the man but rather a 45 year old woman USING her daughters picture and identity. In the end, a 22 year old man ended up dead,  the 46 year old man went to prision and the woman who impersonated her daughter lost both her husband and daughter. I know; insanity. There lies the danger of the internet when not used with integrity.

Remember, as Christians we should strive to be honest in all that we do, even when we are online. Not saying you should put your business online because that is not safe, but let’s not do stuff like pretend that we are man when we are a woman or make up entire fake lives and identities. You may not know my name, but everything I write on here is truth. So if you want to blog for therapy, but have to make a whole other personality, maybe you shouldn’t be online.

6 Behold, You desire truth in the inner being; make me therefore to know wisdom in my inmost heart.