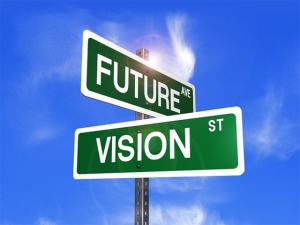 I didn’t think I would be back posting so soon, but then I remembered a prophetic word that I received earlier this week. God was letting me know that I was on assignment this week and to pay attention. I almost missed it. I have been actively ignoring something for a while now, for my own sanity. But I am good now. I feel unaffected by it now. I feel healed.

So I was talking about vision yesterday and if you have read my blog in the past you know I believe God showed me my future with a particular person (yeah, I know). I feel the same way. But I didn’t make this up, so who am I to argue.

The Lord showed it to me many years ago. God said I would see this man go through many relationships and that I would “speak” prophetically to the relationships, but in the end, he and I would be together. And the journey began.

Two weeks after I received that word he announced publicly that he had a girlfriend and that is pretty much how it’s been. Me, looking and watching from afar. But then God told me he was going to connect me with someone who knew what was going on in his inner circle and God would show me some things and that happened. Oh but wait, before that God said he would give me a means of communicating with him, which was shown to me in a dream and that happened. You see this man was not in my circle and he is at a different status level.

I can’t tell you everything that has been shown to me and confirmed, but the main part that was shown to me was that he would get tangled up with a friend of mine and come very close to marrying her. This was revealed through the dreams of a couple of friends. Well this has indeed happened. He says she is the love of his life, so who am I to argue? But this has been a very hard pill to swallow. But strangely, it’s been part of the plan.

They have not met yet, but it seems they are about to. But God showed me they wouldn’t or so that is my interpretation of the dream I had. Now this may seem strange to some, but I know if I didn’t have all these warnings, dreams and visions, I would not have had the grace to hold on this long until he and I met.

So what do I do when it seems that my vision will end in another way? All I can do is watch and see. I know I cannot stop two people who seem to want to be together from getting together. Only God can do that. God told me, he spoke to this man about me, but he rejected it and my friend told me God spoke to her about ANOTHER man, but they both seem to be drawn to each other. So we will see.

I feel different now. This past week God has awakened and warned me that this was coming. Whether it will happen is up to God. I am not making any predictions. I am just sharing what I saw years ahead of time.

Is this an attempt to stop something from happening? No it’s not. I know that is not possible anyway. Just an attempt to share what I see. I’m on assignment.

3 For the vision is yet for an appointed time;
But at the end it will speak, and it will not lie.
Though it tarries, wait for it;
Because it will surely come,
It will not tarry.