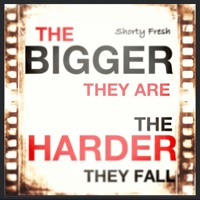 I have been in this prophetic walk for some time now and no I am not perfect. I am just a mailman sharing what God has given me. But the downside to this is that most of the time my words are rejected which means I am rejected.

My mind goes back to the time where a family member married his mistress. It was a mess. He was a pastor. He was cheating with a woman in the church, the wife found out and then he went through a divorce. He continued on with the mistress and married her 2 days after his divorce was final. God was not pleased because it hurt His people. When God raises us up, we automatically become a role-model for the people of God whether we like it or not. So we can’t do as we please. Well long story short, after the marriage, God gave me a word warning him that his mate would die prematurely. I honestly believe God would have been pleased if he had the marriage annulled early on. That was the purpose of the warning.

Well naturally, he did not want to hear it, but God still said it. This family member even went to my Pastor and my Pastor deemed the word NOT OF GOD! But guess what. Years later when (as he explained to me) the marriage was at it’s sweetest, she died suddenly. Yes, God said it and it happened. It was God’s divine hand of discipline. All because of disobedience. Now who wants to go through all of that?

Recently, I watched the World Trade Center movie by Oliver Stone and of course it brought back memories of that fateful day and my mind when to my former Pastor who is a prophet, sending out a nationwide letter saying 9-11 is not a good day to conduct business.  I’ve share this story many times on this blog. Well one of the members of our church (where I was attending at the time) had a meeting at the Windows of the World restaurant and she cancelled it thus saving her life. She didn’t get upset and start saying he was being negative. She LISTENED and heeded the warning. God put a true prophet in her life to SAVE her life!

Sometimes people want to be coddled and don’t want to hear the truth. Well guess what? The truth is love. If the sky is falling, I want to know! I want to know so that I can make the adjustment and change the path I am following.

Today someone told me I was a branch that had no use to them (that is how I interpreted it). But I know God is about to teach that person the lesson of a lifetime. It’s been shown to me for years. Warnings are not to evoke fear. Warnings are to get you ready for the battle. Like I said in the title. I’ve rather have the warning then somebody lulling me to sleep with words of  flattery and so-called “love” when my world is about to cave in.

I truly feel sorry for the church today. There is nothing like a good old sermon that brings conviction and discipline. I like being washed by the word. I don’t want people telling me I’m wonderful, I’m great, I am God’s gift to planet earth, when I know good and well I’m a mess!

Satan fell when he got uplifted in pride and that is what God is about to do to some of these folks who don’t see themselves clearly. Some of them are going to fall right to the ground and hit it hard and come back up with true humility!

18 Pride goeth before destruction, and an haughty spirit before a fall.