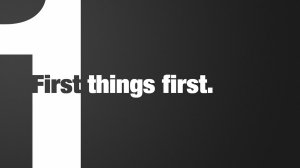 I’m not going to belabor a lot of what I shared in this blog last year. There as been a shift. I have felt it and I am walking in it. It’s time for manifestation!

There are two visions God gave me years ago, one about a money and the other about a mate. And God showed me they would come to me in that order. A supernatural financial increase first, then the mate. Well first things first.

This past week God made it abundantly clear to me, through a dream, that the financial increase that He has in store for me is inevitable. Just writing this makes me want to shout! When God says something is inevitable, it means it must happen.

But as much as I was encouraged by my dream, early Friday morning I woke up so discouraged about life, I could barely breathe. After I got back in the bed after going to the bathroom, I said a prayer and asked God for his help. Well as soon as I said “amen” my prayer partner sent me a text asking me if I was awake.

Well she called and proceeded to tell me about a dream she had for me and it was like God was giving me a missing piece of a puzzle. Instantly, the depression lifted and I had a clear vision of what God was saying. My whole morning changed!

Frustrated about God’s timing and His plans? Just remember that some events may have to take place before His ultimate plan comes to pass. Don’t be discouraged because it’s just a matter of time.

5 His mother said to the servants, “Do whatever he tells you.”