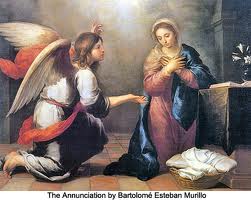 That’s the question that Mary the mother of Jesus uttered, when the angel Gabriel announced to her that she was going to have a child. Not so strange if she had a husband, but Mary was a virgin so this was absolutely a legitimate question. Have you ever had God tell you something that had you asking the question “how will this be?”

I don’t want to be redundant, but God spoke something to me that didn’t make sense when He spoke it. But now it appears even more unlikely. I am looking at something that seems impossible. Now if it was my choice, I would just move on because of how things look. But God keeps compelling me to fight on.

Just this morning a minister friend sent me a text that stunned me. I mean God is letting me know He is with me and he still intends to do what he said. What?? Really Lord? How is this going to happen? You see asking how will means you believe, you just want to know how. It’s the method of God that has you wondering.

But not only am I wondering about the “how will this be”. But I am also wondering for myself. How can I accept this with so much pain connected to this. It’s like I am despised.
Time must be a factor or God is going to do a bonafide miracle. Well I have to tell you; even with the preached confirmation, and the two prophetic words today, I am still asking God “how will this be”?

30 But the angel said to her, “Do not be afraid, Mary; you have found favor with God. 31 You will conceive and give birth to a son, and you are to call him Jesus. 32 He will be great and will be called the Son of the Most High. The Lord God will give him the throne of his father David, 33 and he will reign over Jacob’s descendants forever; his kingdom will never end.” 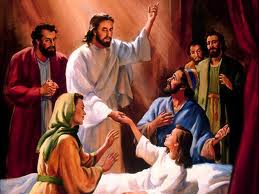 Yesterday, well, early this morning, I wrote something online that I felt compelled by the Holy Spirit to say and when I saw the response, I wanted to cry. I realize now how much misunderstanding and misinterpretation stands between myself and this individual. It’s so sad!

I know that much of this would never have happened had we had a normal back and forth dialog. Recently, the person was saying that I didn’t  know how much I hurt them. Well of course I didn’t. It was never clearly communicated. This is what relationship is about. There is a back and forth between two individuals.

Communication is hard enough when you are right in each others face. Everybody hears through a filter. So I can say one thing and you can hear or understand something totally different. That is why you are to communicate and not leave it up to osmosis! God is not into telepathy folks. That is why he gave us a mouth.

When you are in the prophetic walk, it’s hard enough to be understood. But folks think that when you proclaim what you have seen and what God has shown you, that you are wishing ill will on them. That is simply not the truth. Warnings are just that. It means get your act together before your world caves in on you. That is not wishing harm on people.

Someone was trying to curse me. Well they can’t. I am God’s messenger. I am his obedient servant. I have answered the call and surrendered to him. I obey time and time again even after I get persecuted time and time again. What about you?

Listen, it’s time to stop with all the misunderstanding. I am nobodies enemy! God loves you and so do I!

20 Behold, I have received commandment to bless: and he hath blessed; and I cannot reverse it. 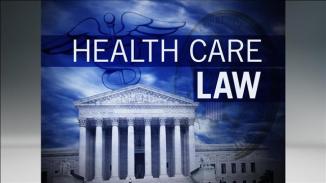 Yes, I said it. My brother and I were talking about this recently and how the church (particularly the African-american church) has been deceived. The implementation of Obamacare or the Affordable Care Act is helping to usher in the New World Order. So many have been deceived in thinking that the government controlling healthcare is a good thing.

At first I thought that this would be an option for those who did not have healthcare. I had no idea and a lot of people don’t, that this is taking away our freedom to choose and that you will no longer have the choice to not be covered by healthcare. I know some of you are thinking, “what wrong with that?” Here is what is wrong: With each passing year that you opt-out, you will be charged a fine and it will increase from year to year and it can and will be snatched from your bank account or your tax return. What is bad is that we are losing our God given right to choose. Is this America? Americans are so distracted by social media, reality TV, porn etc, that we don’t even see what is really happening. We are coming under more government control, which means they can dictate what we can and cannot do concerning our health.

Everyone is going to be FORCED to partake in this plan because it’s now the law of the land. This is why peoples plans were cancelled. Eventually everyone will have to get their plans through the government. Now does that sound kosher to you?? Because of the big fuss, when plans were cancelled, the President recently gave people with existing plans one more year before they must get their care through Obamacare. This is so scary to me!

I am an entrepreneur and I always looked forward to buying my own healthcare when I was able to do so. Now if I want care, I will have to go through the government, which few people know all the ins and outs of.

I am telling you folks. This is the Presidents contribution to moving us toward the one world government. This is a way to make sure that everyone is accounted for and on the grid. WAKE UP! We are one minute away from having a chip to buy and sell, which incidentally, something similar was almost incorporated in a school in Texas.

Texas Schools Are Forcing Kids To Wear RFID Chips. Is That a Privacy Invasion?

Now is the time to make up your minds who’s side you are on. Many Christians will cave in and take the Mark because they are compromising now. I feel like I have to make a decision as to what I am going to do concerning healthcare now because my freedom of choice has been taken away! How did we let this happen?

16 Also he compels all [alike], both small and great, both the rich and the poor, both free and slave, to be marked with an inscription [[a]stamped] on their right hands or on their foreheads,

17 So that no one will have power to buy or sell unless he bears the stamp (mark, inscription), [that is] the name of the beast or the number of his name.

18 Here is [room for] discernment [a call for the wisdom [b]of interpretation]. Let anyone who has intelligence (penetration and insight enough) calculate the number of the beast, for it is a human number [the number of a certain man]; his number is 666.