I was in the kitchen making some hot spinach artichoke dip and I decided to shut the blog down. I mean this blog is ministry, but today it was an entry way for the enemy to attack me. So it makes sense to  to  close the entry way.

So I stopped making my dip and headed back to the bedroom to close the blog and there was message from a new visitor to my blog asking me to rethink closing it down. It seemed like perfect time, only I”m still not convinced.

I’ll give it till about midnight.

After I blogged this afternoon, I was attacked I think because of what I wrote and I was also falsely accused. Someone asked me not to contact them and I honored their wishes. I did not email them or leave a msg on their message board, so I am not really sure what I did wrong. Then someone accused me of cheating. First of all you have to be in a relationship to cheat, and second, I don’t date and have not dated, so I am confused.

Honestly, I was so upset that I could barely focus on my shopping while in Walmart, but then I called my prayer partner and she said one thing that brought everything into perspective.

Unless I get specific Word from the Lord about keeping this blog open, I will probably be closing it. God bless! 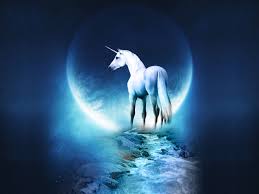 I was reading the dialog of two “star-crossed” loves and wondered what it’s all about. I honestly felt for a fleeting moment that perhaps it should be. Needing insight from someone outside of the situation I read a portion of the dialog to my prayer partner. I wanted an honest answer. After reading it, she simply said I believe because of the abuse both of these people have experienced, they are caught up in a world of fantasy.Wow! It resonated deep in my spirit. She didn’t even know the woman was abused as well because I never shared it. It makes sense.

But this situation is affecting my destiny. Not sure what to think. God warned me again that my faith would be challenged. So many thoughts. I have never stopped believing what God showed me no matter what I said. I don’t have spiritual ADD and I don’t change my mind from one day to the next. God has spoken.

Will it happen? I heard the sermon entitled: You ain’t  gonna lose this one this time”. Free will? Will they meet? God always reminds me of the Michael Jackson dream. Could she meet Michael Jackson? NO! Will she meet him? NO!.

What about her dreams? Well they are coming to pass. God showed her the relationship they are currently having. But God said, it will NOT end in marriage. God also showed her that her own dreams were deceiving her! Well what about him? Didn’t you speak to him about ME? God said JOSEPH KNOWS!!!

God: What’s the problem? Didn’t I show you this years ago? And didn’t I assure you it would come to naught? Yes, Lord.

So what is this God? God answered through my prayer partner. They are caught up in fantasy.

noun
1.
imagination, especially when extravagant and unrestrained.
2.
the forming of mental images, especially wondrous or strange fancies; imaginative conceptualizing.
3.
a mental image, especially when unreal or fantastic; vision: a nightmare fantasy.
4.
Psychology . an imagined or conjured up sequence fulfilling a psychological need; daydream.
5.
a hallucination.
As my prayer partner said, if it was that real, why haven’t they met? God is in control!! Trust!
If you are experiencing the biggest test of your life, TRUST GOD!

I’m excited because I know that God is moving by His spirit. His promises are yea and amen. But God moves in divine order. Before he brings about a new beginning there must be an end. We must totally leave the past behind us in order to embrace the new. At first I was going to reblog something I had previously written, but I realize that I had to add so much more to my testimony.

If you read my blog, you know that my house sold at auction back in May, but before that happened, I was caring for a toddler for about six months. Even though the pay was not that great and it was a sacrifice, I enjoyed taking care of that little boy. We grew attached to each other and I have to say my heart was open to him because he gave me that unconditional love that you can only get from children.

With time the Lord made it very clear that I needed to let the job go and boy was that hard. We had bonded and yes, I had a soul-tie to this baby. But God was dealing with me steadily letting me know the time was up. So I made my first attempt and it was very difficult. Then I backtracked and told them I would continue to take car of him, but I raised the price. His mother agreed, but little did I know that was what sealed my fate. You see the babies mom had no intention of paying the extra money. So the next time he came and I told her the new rate would be kicking in soon, she told me his Dad would be keeping him and that was it. I never  took care of him again. But the truth is, it was time to LET GO! The funny thing about God is, He will give us He opportunity to obey and if we don’t, He’ll just snatch that thing or person from you.

So after that came to an end, everything changed. I had to move and the babies mother moved and that season was officially OVER. I ran into them one time at the Chinese restaurant. And life goes on. When I look back now, I realize it just wasn’t that serious. It was just time to LET GO.

God has much for us. We just have to say goodbye to the old and hello to the new. And that sooner we will do that, the sooner we can move forward into what God has for us. But first things first.

18 “Forget the former things;
do not dwell on the past.
19 See, I am doing a new thing!
Now it springs up; do you not perceive it?
I am making a way in the wilderness
and streams in the wasteland.