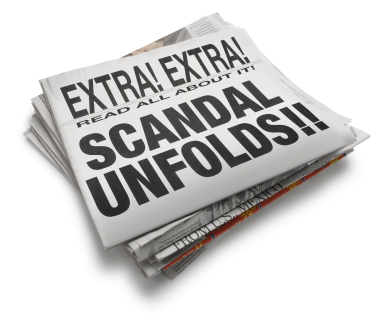 I’ve been through a lot of ups and down about vision, but at the end of the day, I am still called to the prophetic and I am very much a seer and I say YES to that call once again.

Recently, I was remembering a dream I had a while back about two powerful entertainment people. At the time I didn’t know what the dream meant. I remember these two powerful people were on what looked like a construction site. But in a sense it looked like the site was “broken down”. I could see the name of the woman’s TV network in big large letters. Then I looked and saw another woman’s name on these baseball jackets. It was all very odd.

Well the two powerful people are now doing business together. I think it may have to do with the woman’s company needing a boost, thus the construction in the dream and recently I have learned that the man in the dream has pressured the woman whose name was on the jacket for sex. For a long time I couldn’t understand the significance of the baseball jackets, but I have since learned that baseball has a sexual connotation. And that is what has happened.

In another dream, I saw this same powerful woman tossing the powerful man aside and honestly I can see it happening. She is one (I don’t know her personally), but I’ve noticed that she has distanced herself from people when there is a scandal. We will see how it all plays out.

Again, at the end of the day, God told me I would come into someones life in the midst of a scandal. And since I am God’s vessel, sent along to help, I will never forsake my call!

5 “I knew you before I formed you in your mother’s womb.
Before you were born I set you apart
and appointed you as my prophet to the nations.”