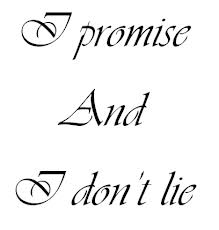 Today I find myself with so much joy! Yesterday, I battled and it was necessary, that I’m sure of because I don’t feel any conviction that I was wrong and the Holy Spirit would let me know. that needed to take place. Not saying I did it right, but it served it’s purpose.

Then all the chatter doesn’t affect me anymore. It’s like a miracle took place! But the main thing is this is happening just as God showed me. So why trip? Then, I know I am not interested in the old man, I want the new one. Oh yes, there will be a transformation.

Yesterday, someone said I was twisted. They didn’t understand why I was “fighting” for the Will of God all while not desiring a person the way they are. They were thinking that I don’t know what I want. Let me make this very clear. I don’t want a man who is undelivered. But of course I would want that same man when he is delivered. In essence I want the promise. But not until it’s ready..

You see there are things that must happen before God can give us what he has promised. My confidence is strong and I know that this is not going to go very far at all. Had you asked me a year ago, I would have said other wise. But last year God called me to a fast and the Word of the Lord came to me and it was God stopped it! Glory! And then I had a dream that I turned away out of fear and missed seeing the thing die. That dream applies to NOW. The fear is gone and I will be watching because it’s all going to play out in public.

Yes, that thing, no matter how alive it looks is going to die. I have no doubts and honestly I’m not moved by anything, not even FALSE prophesy. God prepared me for this long ago. God said, yes that relationship is of the Lord, but it won’t end in marriage. Yeah I know. There is a purpose, but it’s not marriage.

This reminds me of when my house went up for auction. The first time was scary as I got to the deadline. I mean the date was set for Monday and God came through on that Friday and I received the letter on Saturday. Talk about cutting it close. Then the second time I didn’t fret. I received the letter in the mail and when I walked in my house a minister on the TV said God is going to do it again! And He did. I didn’t even worry.

Well it’s the same with this situation. God did this once before. God stopped it by someone getting locked up. Yeah and despite what someone says, it had nothing to do with me. lol

Why do I feel so happy? Because it’s the beginning of the end!! Glory! I will be watching but NOT participating. I don’t know how God is going to do it, I just know that He his. But I also know the Lord revealed to me that there is some doubt in someone, so that thing is not written in stone. And I believe that.

20 Behold, I have received commandment to bless: and he hath blessed; and I cannot reverse it.