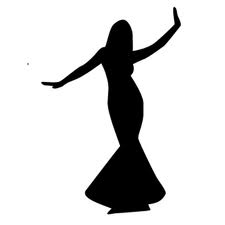 I was watching Oprah Winfrey’s Next Chapter and she was interviewing actor Kelsey Grammer (Cheers, Frazier) and after discussing his long successful career, Oprah delved into his personal life.

Kelsey had a very difficult life with several deaths and the tragic rape and murder of his sister and my heart went out to him. Clearly, this impacted him greatly, with him dealing with addiction and broken relationships.

Now on his third marriage, with a young daughter, he shared how he met his 3rd wife. She was a flight attendant and they shared their story of “love” even though he was still married.  I had to chuckle because Oprah boldly brought that point out. Kelsey did admit that he was still married, but did what adulterers generally do. They proclaim their marriage was already over and justify why they moved on.

I was disappointed to hear his wife say that she fell in “love” as if falling in love with another woman’s husband some how justifies adultery. But to her credit she did say she was sorry for the way it all came about. That was a pleasant surprise because in show business, people routinely justify adultery.

I’ve seen it time and time again. People trying to build happiness on the ruins of a broken marriage. You know; her husband doesn’t treat her right, or his wife no longer loves him, so that gives the mate license to move on to another relationship, before the marriage is officially over, shutting the door on any possibility of healing.

Here’s the problem. Rarely, does that work out. I’ve seen it over and over again. The truth is, no matter how much you think you love her and she loves you, the foundation is wrong and somewhere down the road, it’s going to crumble.

This is for someone today. Come out of that adulterous relationship TODAY! And don’t go back. Change your phone number, and stop meeting. Cut if off cold turkey. If you don’t God is going to allow it to be exposed!

Warning Against the Adulterous Woman